Posted by East African Tax Consulting at 21:22 No comments:

VAT is withheld on taxable supplies to government ministries, departments or agencies.

The rate of WHVAT is 6% of the taxable supplies.

KRA has published notices in national newspapers providing directions on collection, accounting and remittance of WHVAT.


See the Tax Alert below for more information:

As you are well aware, the Finance Act 2014 reinstated Capital Gains Tax in Kenya by resurrecting the 8th Schedule to the Income Tax Act.

Below is the text of the 8th Schedule:

The NSSF Act 2013 - What employers and employees need to know!

The Act introduces a Pension Fund and a Provident Fund, provides for contributions to the fund and benefits to be paid out of the fund.

PUSETU however rejected the rates and threatened to move to court to stop the implementation of the agreed rates.

In the meantime, we advice employers to continue deducting contributions at the old rates and remitting the same to NHIF by 9th of the following month, pending a conclusive notice by NHIF.

See below for details:

The VAT Amendment Act was published on 15 May 2014 and commenced on 29 May 2014. See a list of the supplies that were affected by the Amendment Act below:

Posted by East African Tax Consulting at 16:22 No comments:

Will Ebola spoil the Party? – Effects on tax revenues from international flights.

Will Ebola spoil the Party? – Effects on tax revenues from international flights.

The recent Ebola outbreak in West Africa has drawn comparisons to the bubonic plague (Black Death) that ravaged Europe in the 14th century. Statistically though, the fatalities are nowhere near those of the Black Death.

The thought of an Ebola Pandemic is scary because of the potential effects on the modern globalized economy.

Kenya banned flights from Guinea, Sierra Leone and Liberia from entering into the country. Many other airlines also stopped flying to the affected countries.

Let us have a look at the effect of the ban on flights from affected West African countries on tax revenue collections.

There are two broad bilateral approaches to taxation of shipping lines and airlines in international traffic.

In the first approach, profits from the operation of ships and aircraft in international traffic are taxable only in the Contracting State in which the place of effective management of the enterprise is situated. This is the approach favoured by the OECD.

The second approach is recommended by the UN Model Tax Treaty to allow countries with undeveloped shipping industries to have a piece of the tax revenue pie. Profits from the operation of aircraft in international traffic are taxable only in the Contracting State in which the place of effective management of the enterprise is situated. However, the profits relating to the operation of ships in international traffic may be taxed at a reduced rate of tax in the second state if the operations in that second state are more than casual.

Liberia with over 3,500 ships has the second largest shipping registry after Panama. Liberia has shipping treaties with USA and New Zealand. The country also has double tax treaties with Germany and Sweden.

Most countries unilaterally tax ships and aircraft in international traffic. In the case of Kenya, the unilateral rate of tax is 2.5% of the gross revenue from cargo, mail and passenger traffic sourced in Kenya.

In view of the above tax practices in international shipping and air transport, countries affected by Ebola as well as countries that have banned flights into/from the affected regions will suffer direct revenue loss.

Closer home, Kenya Airways (KQ) derives around 25% of its revenues from West Africa.  Out of the 44 weekly flights to West Africa before the ban, 7 were to the affected countries.  KQ made losses in the last two years (KShs 3B last year and KShs 7.8B in the preceding year) for reasons not related to the Ebola outbreak.

The outbreak is likely to delay KQ’s return to profitability and tax contribution to the exchequer especially if the ban is extended over a long time or to other West African destinations.

Kenya Airports Authority (KAA) collects US $ 40 for every passenger who lands at Jomo Kenyatta International Airport (JKIA).  Further, KAA collects airplane landing fees. KAA will lose on revenues that would have been paid by the passengers and airplanes from the banned routes.

Korean Airlines of South Korea suspended operations from Kenya stating that as a regional hub, Kenya has a high risk of exposure to Ebola. Again, this ripple effect leads to loss of revenue for KAA.

Is there a silver lining to this dark cloud?

The outbreak possibly gives the smaller regional aviation players a chance to grow their market share on the routes that have been shunned by the major airlines.

Charter flights (“the taxis of the sky”) are also likely to gain more prominence in the transportation of key personnel and cargo to the affected areas.

The Ebola outbreak will lead to tax revenue losses for the affected countries as well as the international transportation industry in general. The losses will be substantial if the outbreak becomes a pandemic or takes a long time to fizzle out. Hopefully national authorities and the international community will contain the outbreak before much damage is done.

iTAX rolled out - How to file returns and make payments

Kenya Revenue Authority (KRA) has rolled out the iTAX online tax return filing and payment system for domestic taxes. With effect from 1st March 2014 all taxpayers are required to file their returns through iTAX. KRA will not accept manual returns. In addition, taxpayers using the Integrated Tax Management System (ITMS) are expected to upgrade to iTAX.

How to file returns... 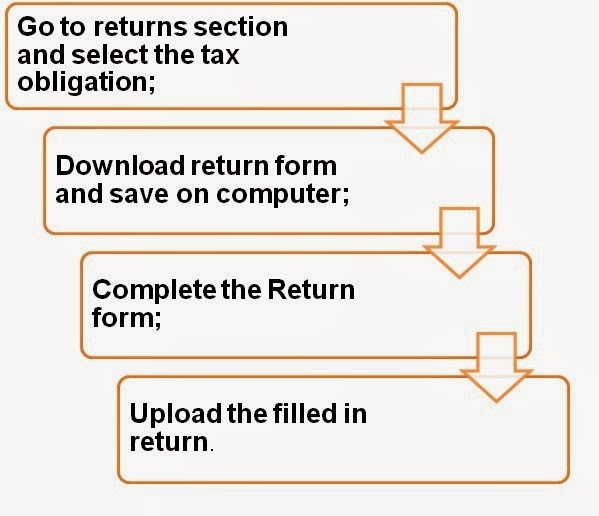 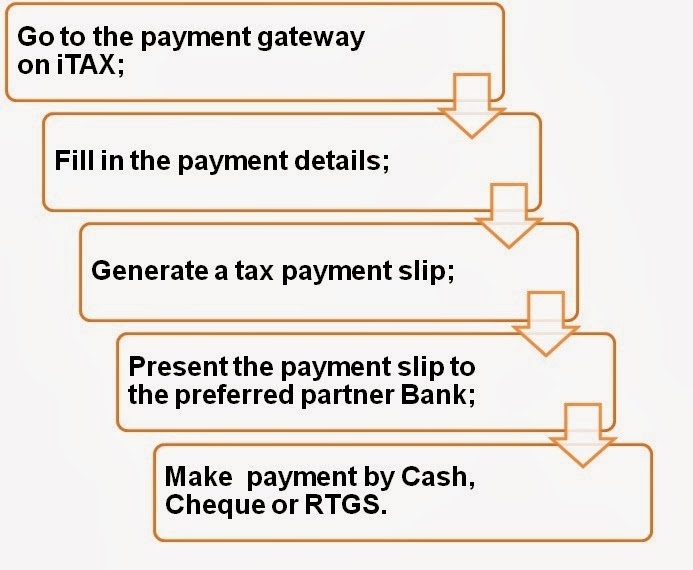 Posted by East African Tax Consulting at 13:15 No comments: